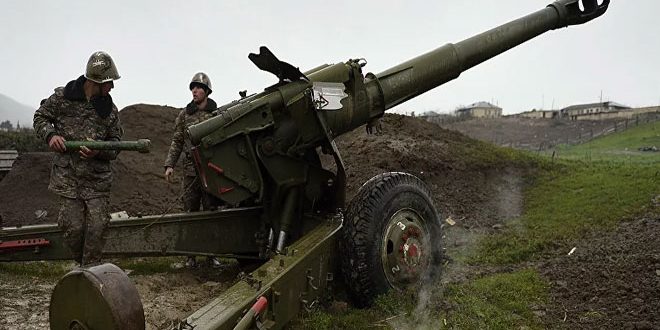 Yerevan, Baku, SANA- Armenian Ministry of Defense confirmed today that the fighting in Nagorno-Karabakh region and the mutual bombardment with artillery and light weapons have continued.

“The situation is still tense on all lines of contact between Nagorno-Karabakh region and the tactical and operational situation has not changed,” the Ministry’s Spokeswoman Shushan Stepanyan said today on her Facebook page, according to Novosty Agency.

Stepanyan noted that the defense units of Karabakh thwarted an attempt to advance by the Azerbaijani forces.

In a report on Thursday, the General’s Prosecutor Office of the Republic of Azerbaijan mentioned that the shelling carried out by Armenian forces, has damaged 163 residential buildings and 36 civilian facilities.

The situation in the Nagorno-Karabakh region has witnessed a sudden military escalation since last Sunday, at a time when the Armenian and Azerbaijani sides exchanged accusations about the reasons for the escalation. These developments came two months after a similar escalation in the border region between Armenia and Azerbaijan in mid-July, where the two sides exchanged accusations of causing it.