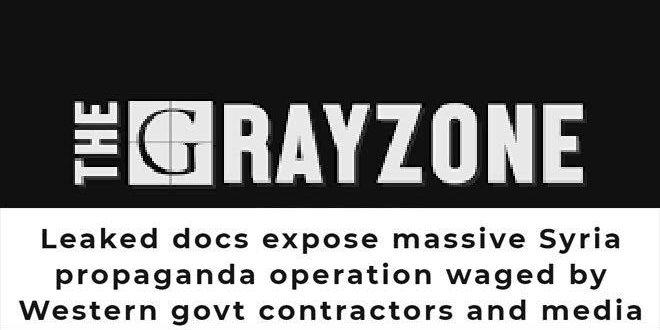 Washington, SANA-leaked documents published by the “Grayzone” website revealed how Western intelligence played with the Arab and international media to produce misleading media coverage of the situation in Syria and the war on it.

In an article published on the Grayzone website, leaked documents reveal a large-scale Syrian propaganda by Western government contractors and media.

The writer “Ben Norton” explained that Leaked documents show how UK government contractors developed an advanced infrastructure of propaganda to stimulate support in the West for the so-called “Syria’s political and armed opposition.”

Virtually every aspect of the so-called “the Syrian opposition” was cultivated and marketed by Western government-backed public relations firms, from their political narratives to their branding, from what they said to where they said it.

The leaked files reveal how Western intelligence centers played the media like a fiddle, carefully crafting English- and Arabic-language media coverage of the war on Syria to churn out a constant stream of the so-called “pro-opposition coverage.”

More than half of the stringers used by Al Jazeera in Syria were trained in a joint US-UK government program called “Basma”, which produced hundreds of terror media activists.

Western government PR firms not only influenced the way the media covered Syria, but as the leaked documents reveal, they produced their own propagandistic pseudo-news for broadcast on major TV networks in the Middle East, including BBC Arabic, Al Jazeera, Al Arabiya, and Orient TV.

These UK-funded firms functioned as full-time PR flacks for the terrorist organizations . One contractor, called InCoStrat, said it was in constant contact with a network of more than 1,600 international journalists and “influencers,” and used them to push pro-terror talking points.

Another Western government contractor, ARK, crafted a strategy to “re-brand” terrorist organizations in Syria by “softening its image.” ARK boasted that it provided terror propaganda that “aired almost every day on” major Arabic-language TV networks.

Virtually every major Western corporate media outlet was influenced by the UK government-funded disinformation campaign exposed in the trove of leaked documents, from the New York Times to the Washington Post, CNN to The Guardian, the BBC to Buzzfeed.

The files confirm reporting by journalists including The Grayzone’s Max Blumenthal on the role of ARK, the US-UK government contractor, in popularizing “the White Helmets” in Western media. ARK ran the social media accounts of the White Helmets, and helped turn the Western-funded group into a key propaganda weapon of the so-called Syrian opposition.

The leaked documents consist mainly of material produced under the auspices of the UK Foreign and Commonwealth Office. All of the firms named in the files were contracted by the British government, but many also were running “multi-donor projects” that received funding from the governments of the United States and other Western European countries.

In addition to demonstrating the role these Western intelligence cutouts played in shaping media coverage, the documents shine light on the British government program to train and arm terrorist groups in Syria.

Other materials show how London and Western governments worked together to build a new police force in the terror -controlled areas. 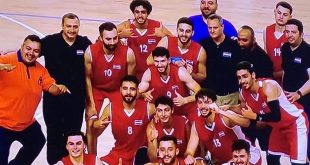