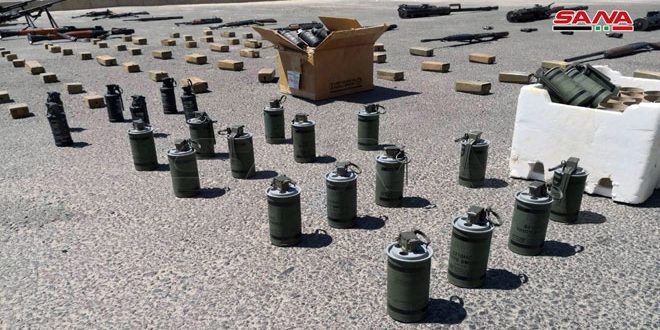 A source told SANA reporter that the competent authorities found during sweeping operations of the areas liberated by the Syrian Arab Army in the southern region more than 180,000 bullets, including large amounts of 14.5, and 12.5 machinegun ammo, in addition to hundreds RPG fillings and shells.

Last June, authorities found a large amounts of weapons, ammunition, medical equipment and medicine left behind by the terrorist groups in the southern region.