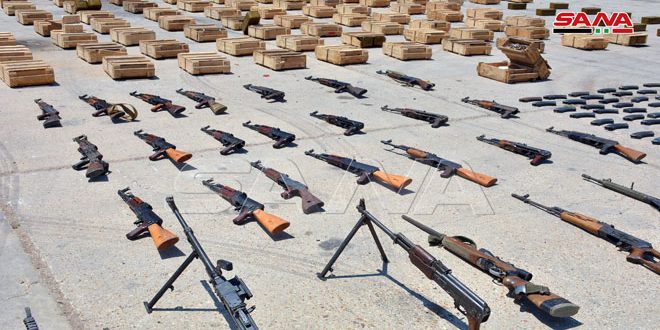 Homs, SANA – The competent authorities in Homs seized a large amount of weapons and ammunition, which were prepared for smuggling to terrorist groups in Idleb northern countryside.

SANA reporter in Homs said that the competent authorities seized a large amount of ammunition and weapons while trying to be smuggled to terrorist groups in Idleb northern  countryside. 2020-07-22
m.eyon
Share
Previous A woman martyred, other civilians injured in infighting of Erdogan’s regime mercenaries in Afrin, Aleppo countryside
Next Ministry of Endowments: Suspending Eid Al-Adha prayers in Damascus and its countryside in light of coronavirus spread