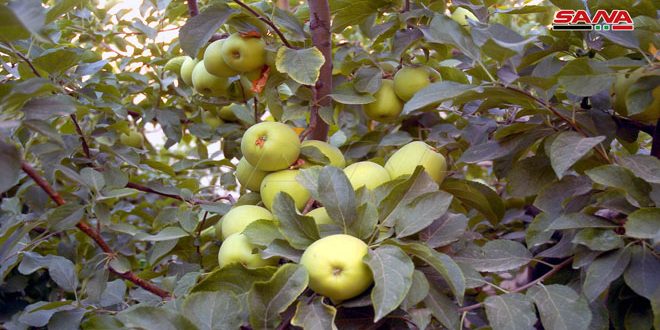 Sweida, SANA- Sweida Agriculture Directorate has initially estimated that the province will produce 40,824 tons of apple crops for the current season.

Director of Sweida Agriculture Directorate, Eng. Ayham Hamed told SANA reporter that the production of Apple crops for the current season will be less than the previous years due to the bad weather conditions.

Hamed indicated that the affected farmers have submitted applications that will be studied to compensate them according to the regulations governing the Drought and Disaster Mitigation Fund.

The total areas planted with apple trees in Sweida is 15,783 hectares, and the total number of trees is estimated 3,325 million trees.