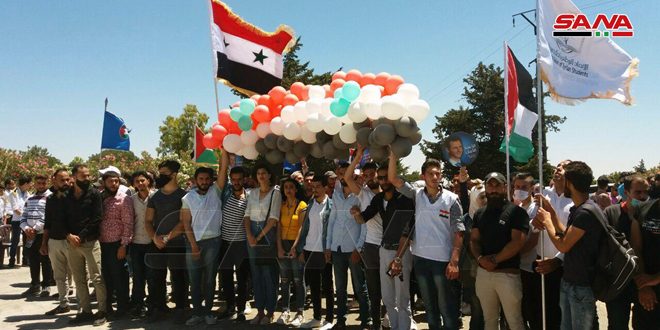 Quneitra, SANA- Citizens of Quneitra and the occupied Syrian Golan reiterated that the battle against Israeli enemy is ongoing until the full liberation of the Golan and its return to the Syrian national sovereignty, affirming confidence in the Syrian Arab Army to eliminate the US- Zionist project and its tools of terrorist mercenaries.

During a national stand held at al-Tahrir square in the liberated city of Quneitra on Thursday marking the 46th anniversary of hoisting the Syrian flag in the city, the participants stressed that Syria will overcome the so-called “Caesar’s Act”, which targets the Syrian citizens’ livelihood.

The participants demanded the international organizations and the United Nations to play their role in protecting peoples from colonialism in all its forms, affirming that Syria will defeat terrorism and its supporters. 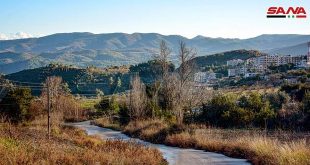