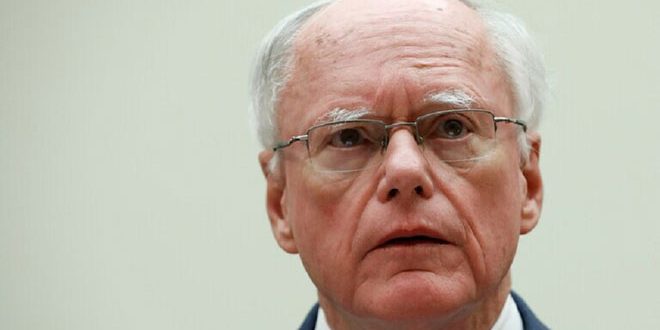 Damascus, SANA_ US administration officials are not ashamed to acknowledge that the goal of unilateral coercive economic measures imposed on Syria is to undermine and influence the livelihoods of the Syrian people.

James Jeffrey, appointed as the U.S. envoy for Syria, admitted on Sunday that the high prices of basic products in Syria and the devaluation of the Syrian pound are due to illegal measures approved by his administration which constitute a flagrant violation of the human rights and International Humanitarian Law.

“The collapse of the Syrian currency is due to our measures,” said Jeffery, despite that overwhelming majority of countries in the world consider those measures inhumane and immoral and violate international law, especially the so-called “Caesar Act” that imposes a criminal siege on the Syrian people and threatens sanctions on whoever deals with Syria.

Jeffrey’s confession comes a few days after the International Business Times online newspaper, released a report confirming that President of the United States, Donald Trump, personally ordered the burning of agricultural crops in Syria to deprive the Syrian people of their resources and signed an executive order for his forces in Syria to loot the oil in cooperation with the Daesh terrorists.

The US administration and the European Union, ignore repeated international calls and demands to lift these measures which violate the UN Charter and all international norms, especially with the outbreak of the Corona pandemic, which represents a major challenge for all countries.