Russia: US is facing chaos it has been spreading in other countries of the world 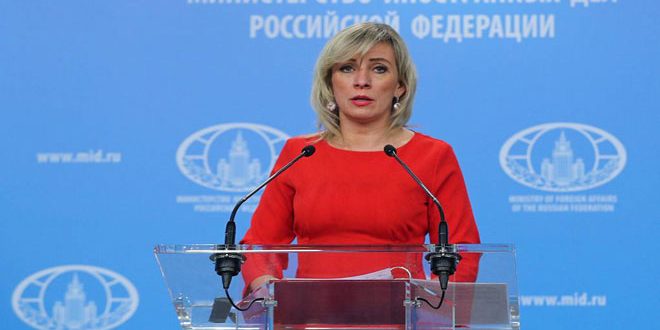 Russia, SANA_ Russian Foreign Ministry spokeswoman Maria Zakharova said that the United States is currently facing the chaos it has been spreading over the past years in other countries of the world.

In a statement to Russia 1 on Sunday, Zakharova underlined that racism in Western society has reached an extent that cannot be hidden.

The Russian diplomat clarified that the United States faces the repercussions of the policies it pursued all over the world, including destabilization and manipulation of the internal disputes that exist in every country and with every people.

The United States of America continues to fabricate crises and interfere in the internal affairs of other independent countries under false pretexts to serve their interests.

Zakharova, on the other hand, revealed that the American ambassador to Germany sends threats to Berlin every day, calling for a change in energy policy.

The United States opposes the North Stream 2 project to promote liquefied natural gas (LNG) in the European Union, while Russia has repeatedly stated that the project is commercially beneficial to Europe.