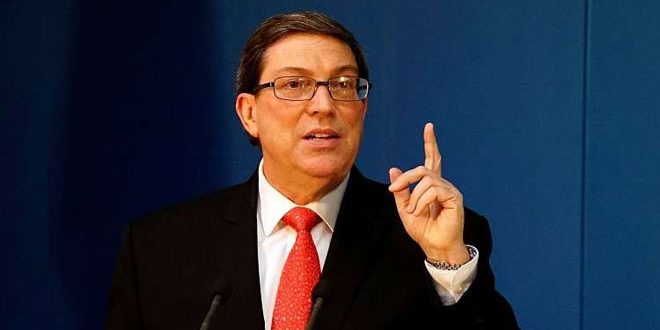 Havana, SANA_ Cuba strongly condemned the American coercive measures against Syria, including the so-called “Caesar Act”, affirming that it is a serious violation of the United Nations Charter.

“I condemn in the strongest terms the US sanctions against Syria and the implementation of the “Caesar Act”,” Cuban Foreign Minister Bruno Rodriguez said in a tweet on Saturday.

He stressed that these measures constitute a grave and flagrant violation of the UN Charter, international law and human rights and affect the reconstruction of the country after 9 years of terrorist war on it and under the Coronavirus pandemic.