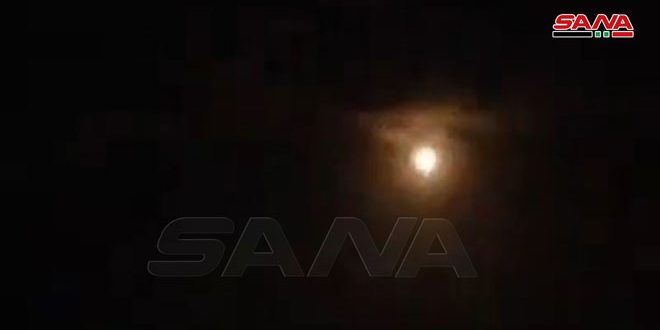 Hama, SANA-The army air defenses confronted on Thursday an Israeli aggression in the surrounding of Misyaf in Hama countryside.

A military source announced  that at 21.25 of June 4th,2020, the Israeli warplanes targeted, from over the Lebanese airspaces, one of the military sites in the surrounding of Misyaf, and the army air defenses immediately confronted the hostile missiles and shot down a number of them.

SANA reporter said earlier that the army air defenses intercepted an Israeli aggression in the surroundings of Misyaf in Hama countryside.

The reporter added that the information affirmed that the Israeli aggression caused material damage without human causalities.