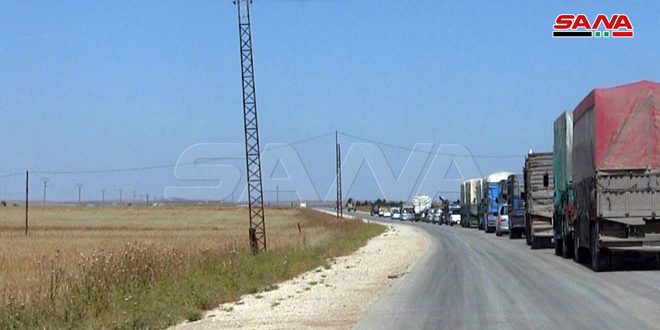 Hasaka, SANA- M4 International Highway was reopened for passenger cars and freight vehicles on Wednesday which connects the provinces of Hasaka, Raqqa and Aleppo.

SANA’s camera in Hasaka observed the movement of cars and freight vehicles on M4 International Highway from Hasaka towards Raqqa northern countryside.

Meanwhile, SANA’s reporter said that 350 passenger cars and cargo vehicles moved on the international highway from Tal Tamer in Hasaka western countryside to Ayn Essa in Tal Abiyad area in Raqqa countryside after the Syrian Arab Army’s units had secured the highway .

A field commander said that the Syrian Arab Army units are deployed along roadside in the framework of their national duty in protecting the civilians.