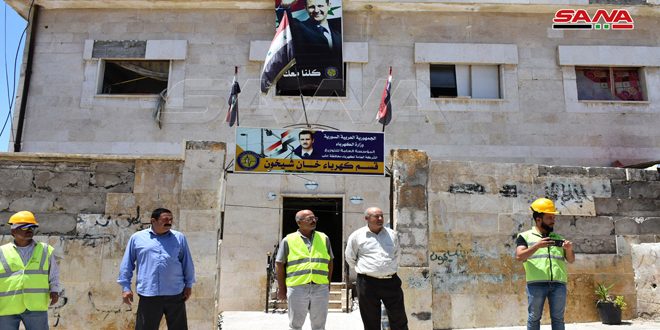 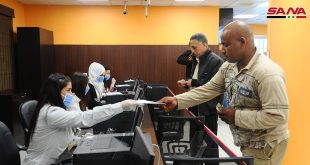 Idleb, SANA- A number of service centers were opened on Thursday in Khan Sheikhoun city in Idleb province which had been liberated from terrorism by the Syrian Arab Army last year.

The City Council of Khan Sheikhoun, an electricity and water units were opened after rehabilitating them, Fadi Sa’doun, charged with Idleb governor told SANA’s reporter.

He indicated that the opening of those centers is an important step towards facilitating the return of more families, which have been displaced due to terrorism.

Sa’doun said that two schools were prepared to enable students receive education, with equipping other schools at the start of the next school year.