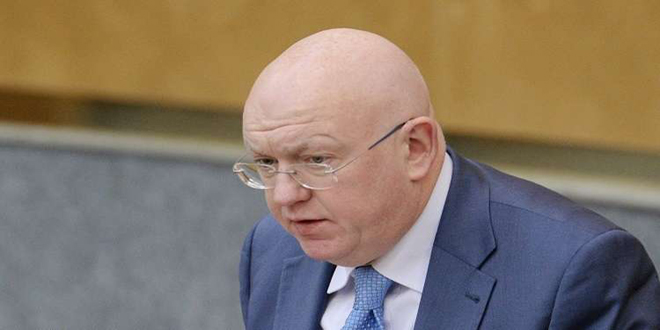 UN, SANA- Russia and China on Tuesday evening boycotted a closed-door videoconference of the UN Security Council on the Western claims on using chemical weapons in Syria.

The AFP quoted Russian Ambassador to the UN Vassily Nebenzia as saying in a virtual press conference that Moscow had one request: “That the interaction is conducted in an open setting.”

“Regrettably, our Western partners, and their allies, insisted on holding this meeting behind closed doors in an informal setting despite the slogans of openness and transparency of the Security Council,” Nebenzia added.

He went on saying “Such (an) approach is unacceptable to us as it undermines the prerogatives of State parties to the Chemical Weapons Convention.”

“Russia and China have empty tiles” on the screen, a Security Council member told AFP, speaking on condition of anonymity.