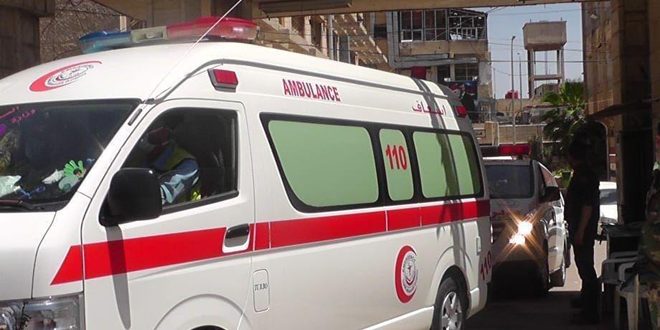 Daraa, SANA – Nine policemen from Mzairib district in Daraa’s western countryside were martyred on Monday morning following an attack by a terrorist group on the district building.

The Interior Ministry said in a statement that 9 members of the Daraa Police Command personnel were martyred when terrorists attacked them while they were carrying out their duties, and that the bodies were transported to Daraa National Hospital.

Commander of Daraa Police Brig. Gen. Dharrar Mejhem al-Dandal told SANA’s reporter that at around 8:00 am, a terrorist group consisting of 50-60 members armed with light weapons attacked the district building, taking the personnel by surprise and opening fire on them, martyring 9, asserting that the perpetrators will be found and brought to justice.