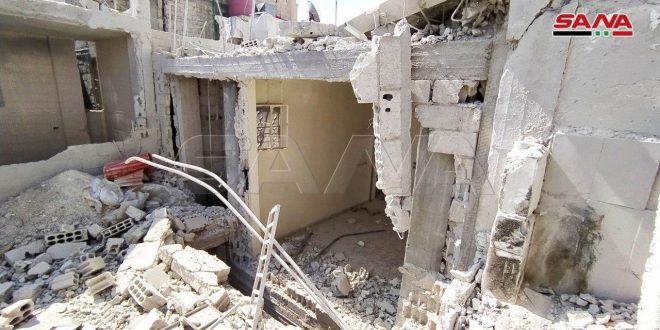 Damascus, Countryside, SANA – Three civilians were martyred and three others were injured due to the Israeli missile aggression on civilians’ houses in al-Hujaira and al-Adliya towns in Damascus southern countryside.

While inspecting the damage caused by the attack in al-Hujaira, Quneitra Governor Humam Debiyat told journalists that the Israeli attack on civilian homes in the town claimed the lives of a husband and his wife, and injured three others, one of them a child.

For his part, Damascus Countryside Governor Alaa Ibrahim said the Isreali attack damaged a house belonging to a displaced family from al-Quneitra city who were living in al-Hujaira, while a woman was martyred due to the attack in al-Adliya.

A military source had announced at dawn that the Syrian Arab Army’s air defense systems intercepted an Israeli missile attack launched by warplanes from over Lebanon, with the defenses shooting down most of the missiles. 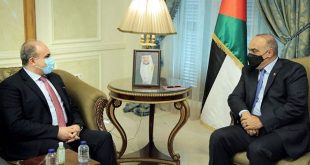