Central province of Homs produces more than 60,000 tons of almond 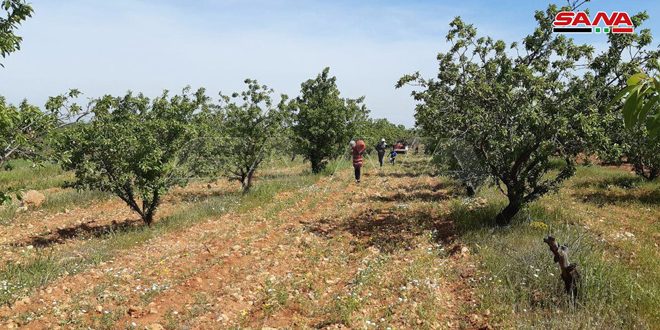 Homs, SANA_ The almond production of Homs central province estimated at more than 60,000 tons for this year, most of which are in the eastern countryside.

Deputy Director of Homs Agricultural Directorate Tarif Mansour told SANA that the total cultivated area is approximately 61,000 hectares and the number of trees amounts to one million.

“We expect production of more than 60,000 tons and Homs remains in first rank at the level of Syria in terms of cultivated areas and amount of production.” He said.

The almond tree is one of the economic trees and an important source of livelihood for large numbers of families. It is important in foresting arid and semi-arid areas with low rainfall as it can grow in difficult terrain and can withstand high temperatures.

Syria is considered one of the primary locations for almond growing around the world and Homs ranks first in Syria, producing most of the overall production.