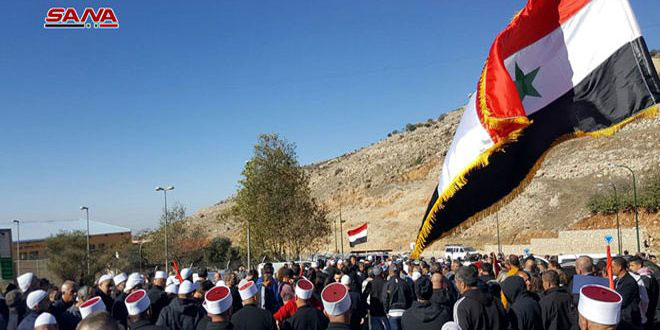 Occupied Syrian Golan, SANA-Citizens of the occupied Syrian Arab Golan affirmed their commitment to the national principles against the Israeli occupation and their adherence to the Syrian identity.

A number of Syrian citizens said Friday in statements on the 74th anniversary of the Independence Day that they reject the Israeli hostile procedures and its criminal practices until gaining victory and the returning of Golan to Homeland.

In the framework of directives to keep their safety, in light of coronavirus, inside the occupied Syrian villages, all activities to celebrate the National Day were canceled and the Syrian citizens only raised the Syrian flags as a sign to stress the Syrian identity of Golan.