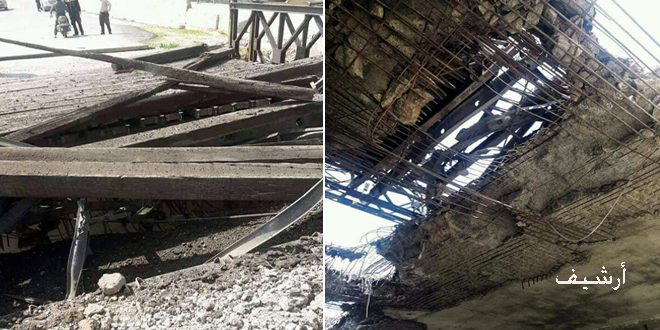 Idleb, SANA- Terrorist group on Wednesday blew up bridge of al-Kafeir village in Jisr al-Shughur area in Idleb on Aleppo- Lattakia international highway (M4) to impede the patrols’ route due to be carried out in in framework of cessation of hostilities agreement in Idleb which was reached on March 5th.

Local and media sources said that bridge of al-Kafeir village in Jisr al-Shughur area was detonated with explosives by terrorists in order to cut off the M4 international highway and not to be put it into service again.