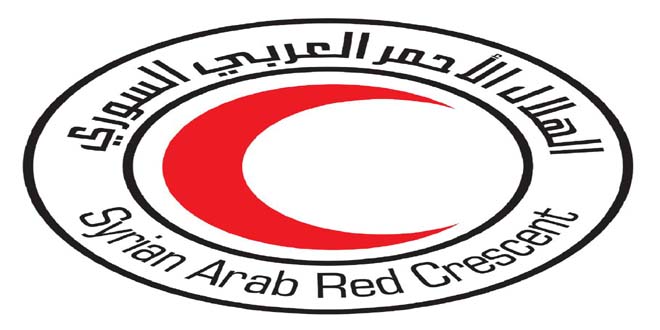 Damascus, SANA – The Syrian Arab Red Crescent (SARC) condemned the terrorist groups’ acts of assaulting its volunteers and hijacked its properties in the cities of Idleb and Ariha on Saturday.

In a statement on Sunday, SARC said that terrorists broke into its branches and clinics in the cities of Idleb and Ariha, assaulting the volunteers in them, damaging and ransacking their contents, and taking over their premises.

SARC said this blatant attack on its branches in Idleb and Ariha constitutes a war crime and a crime against humanity, holding those who control these areas and their supporters responsible for this.

The organization called for respecting international humanitarian law and the Geneva Conventions, calling for helping the SARC branches and volunteers and allowing them to resume their humanitarian activities, which include providing locals with food, medical services, and aid convoys.

In the same context, the International Committee of the Red Cross (ICRC) expressed in a statement deep concern over this incident, stressing the need for respecting and protecting humanitarian relief workers.

The cities of Idleb and Ariha are under the control of terrorist groups, most of which are affiliated to Jabhat al-Nusra terror organization, and they besiege locals, use them as human shields, prevent them from leaving via humanitarian corridors, and hijack aid convoys.