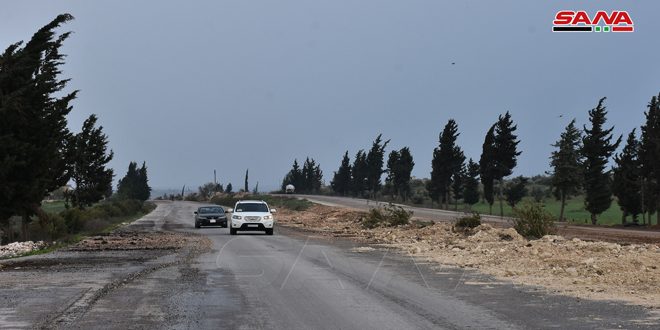 Idleb, SANA-The international highway of Hama-Aleppo at Ma’ar Hatat region was reopened on Friday after removing the barricades and barriers set up by the Turkish occupation forces at the so-called “Turkish point.”

SANA reporter said that the transport means started to move along the international highway in the region after removing the barricades set up by the Turkish occupation at Ma’ar Hatat between Khan Sheikhoun and Ma’arat al-Numan.

He added that a number of Turkish soldiers still occupy some houses in the town. 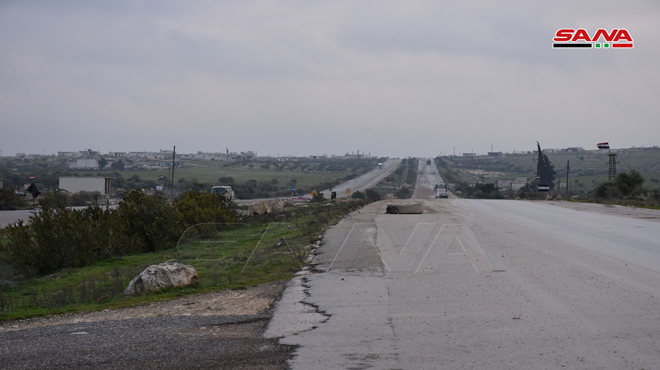 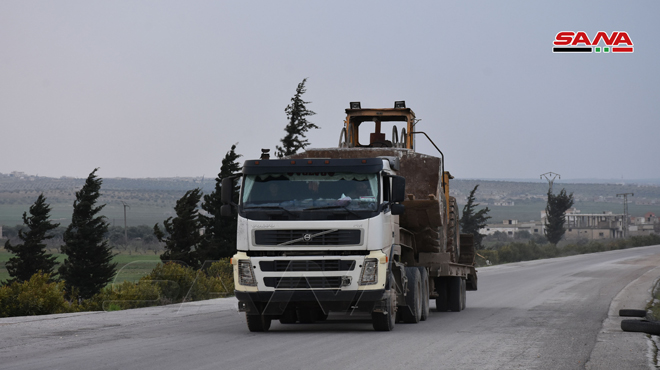 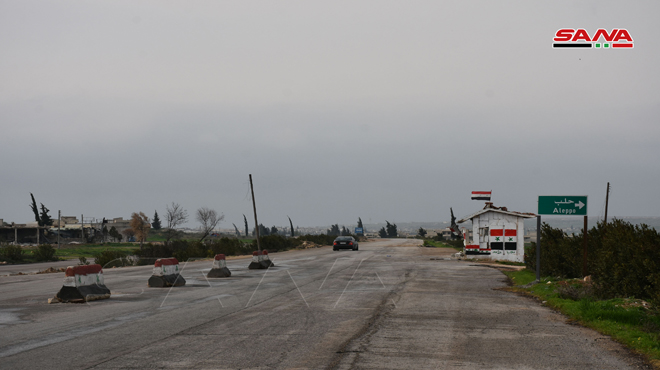