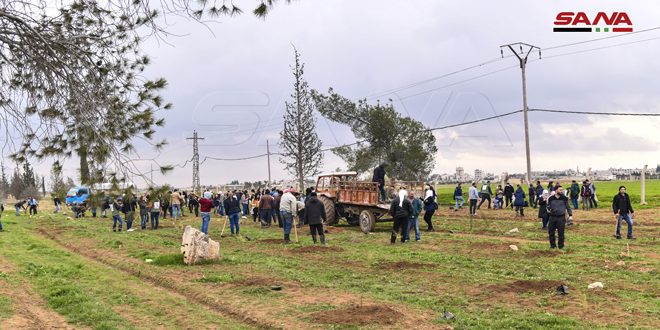 Damascus Countryside, SANA _ “Majd”, (Glory), a team of young volunteers, whose love for their country has brought them together, launched on Saturday the first phase of their “Million Love Trees for Syria” initiative by planting about 1500 trees along Damascus International Airport road as a first stage.

The initiative, which will continue until the end of next April, will involve a number of governorates.

Director of the forestry at the Ministry of Agriculture and Agrarian Reform, Dr. Hassan Faris, clarified in a statement to SANA that the ministry’s role in the campaign was represented in selecting the reforestation areas included in the agricultural plan for this year, securing saplings, digging holes and participating in planting the trees.

He pointed out that the team will plant forest trees, such as “olives, tannins, acacia, daflah and kazwarina”, which will be provided free of charge from the Ministry of Agriculture, in an area of 50 hectares, extending from the airport road, the fifth bridge, towards the airport.

Fares pointed out that there are many lands that need such a campaign to be revitalized.

He indicated that plantation different forest species, that are appropriate to the environment and climate conditions of the area as well as to the general appearance of the airport and its strategy, has been started.

Ghalia Al-Tabba, who supervises the campaign, confirmed that the initiative was met with great acceptance from various sides, especially the Ministry of Agriculture, which cooperated extensively and secured all requirements.

She noted that the beginning was from the airport road, and that is because the road is considered one of the main entrances to the city of Damascus.

“The campaign targets at all Syrians all over the country and seeks to gather the largest possible number of volunteers so that each of them will have a tree in his/ her homeland”, she concluded.

A number of volunteers confirmed that the goal of the campaign is to plant a million trees during the current year through which they guarantee pure oxygen, clean soil and new hope.

The campaign encourages reforestation initiatives in the areas that were exposed to terrorism, fires and destruction to increase the green areas because it is a civilized response to the encroachments on forestry wealth. 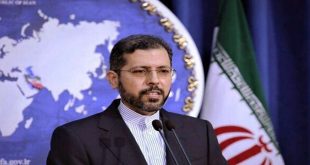