Media reports: Erdogan’s regime trained his mercenaries before sending hundreds of them from Syria to Libya 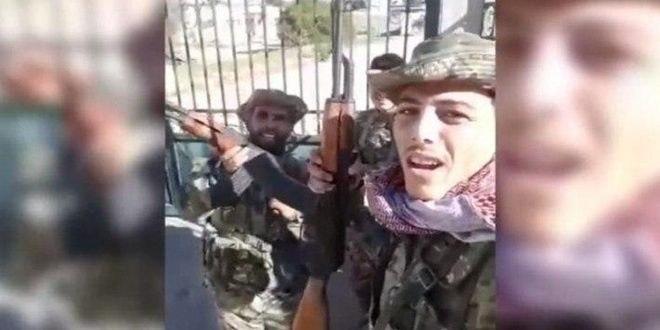 Moscow, SANA- Media reports unveiled Wednesday that the Turkish regime, led by Recep Tayyip Erdogan, has established training camps for his mercenaries and transported hundreds of them from southern Syria to Libya with the support and finance of Sheikhdom of Qatar

According to the reports, Erdogan’s regime deliberately trained those mercenaries in camps which he had built near the Turkish city of Izmir before sending them to Misrata city in Libya where they joined the militias to fight against the Libyan National Army.

The reports added that Qatar intended to finance the transport operations of those mercenaries.

The AP news agency said in a report that two Libyan militia leaders have told the agency that Erdogan’s regime has transported more than 4000 foreign gunmen to Tripoli, including radical terrorists.

The agency added that it is well known that Turkish-backed armed groups in northern Syria comprise gunmen who have fought for al-Qaeda and Daesh (ISIS) terrorist organizations and other armed groups which perpetrated atrocities against the civilians in Syria.

Last month, a number of media reports said that a huge number of mercenaries affiliated to the Turkish regime arrived in Libya from Syria through air flights.