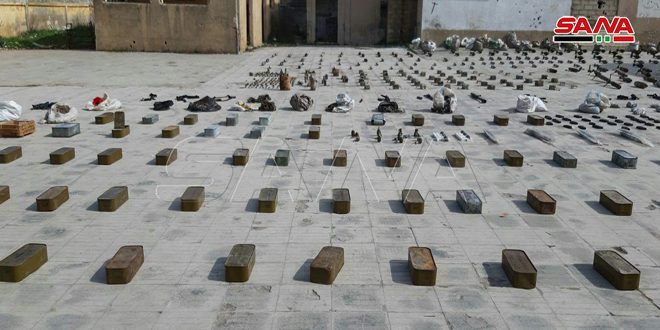 SANA’s reporter said that the ammunition and weapons were hidden inside a hole at one of the schools in Kafr Laha,  including automatic rifles, snipers, mortar shells, rockets, explosive devices and an amount of ammunition.

The reporter added that the authorities continued to comb the villages and towns in the northern countryside of Homs to lift what is left behind by the terrorist groups. 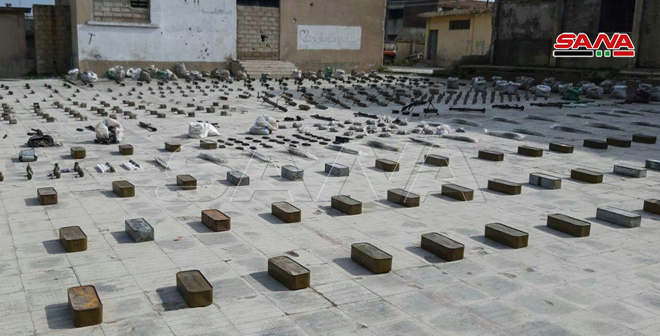