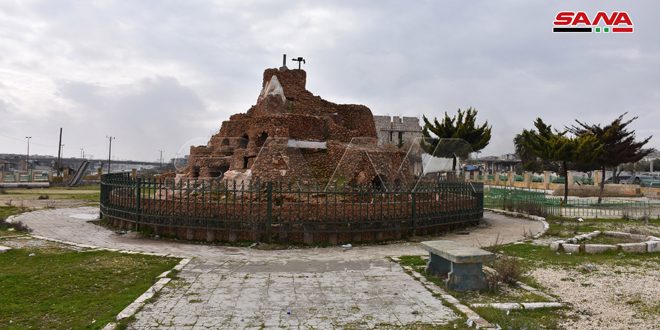 Idleb, SANA- Syrian Arab Army Units have liberated Ma’aret al-Nu’aman strategic city in Idleb southern countryside from terrorism after fierce clashes with terrorist organizations and after inflicting heavy losses on them in the personnel and equipment.

SANA’s reporter in the areas of the army’s operations indicated that after establishing control on the city, wide-scale combing operations started at its neighborhoods and streets for dismantling the mines and booby-trapped vehicles.

The reporter added that army units also continue to comb the farms and hills surrounding Ma’aret al-Nu’aman city to clear the tunnels which had been used by terrorist groups for hiding.

Earlier, army units encircled the city from three directions, and they engaged in fierce clashes with Jabhat al-Nusra terrorists and the terrorist organizations which have allied with them in the city and the surrounding farms and hills, and inflicted heavy losses on them in the personnel and equipment before they collapsed and withdrew to the north towards Saraqeb City and to the northwest towards Ariha city.