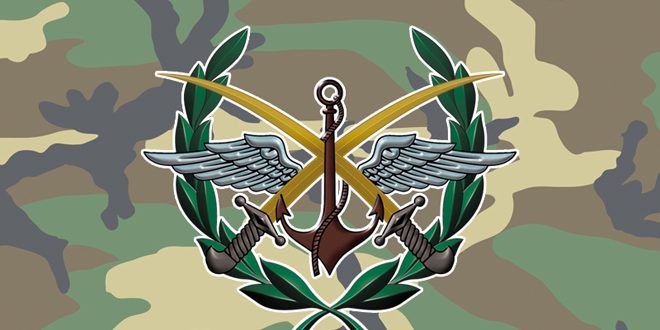 A military source told SANA that terrorist organizations on Thursday dawn carried out a new field escalation through launching a fierce attack by large numbers of Jabhat al-Nusra terrorists towards army units positioned to the south and southeast of Idleb province.

The source added that through using different types of weapons, including car bombs and under an intensive fire cover, terrorists were able to penetrate into some of the army’s posts in the direction of “al-Tih-Abu Hreif- al-Samaka”.

The source added that army units were re-deployed and they repelled the attack with high efficiency, and they prevented terrorists from developing it.

The source noted that the clashes are still ongoing with Jabhat al-Nusra terrorists and the rest of the affiliated terrorist organizations along the lines of confrontation.

On Wednesday, army units operating in Idleb countryside retaliated to attacks launched by terrorist organizations on the safe areas, inflicting heavy losses in them in the personnel and equipment.