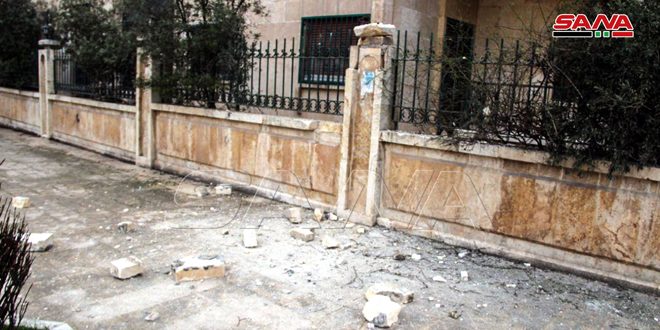 Aleppo, SANA – Three civilians were martyred and three others were injured on Tuesday as a result of a terrorist rocket attack on neighborhoods in Aleppo city.

SANA’s reporter in Aleppo said that terrorists located at the western and northwestern outskirts of Aleppo city fired rocket shells at the city, a number of which fell on Jamiet al-Zahraa neighborhood resulting in the martyring of a child, while two women were martyred and three others were injured by shells that fell in New Aleppo neighborhood.