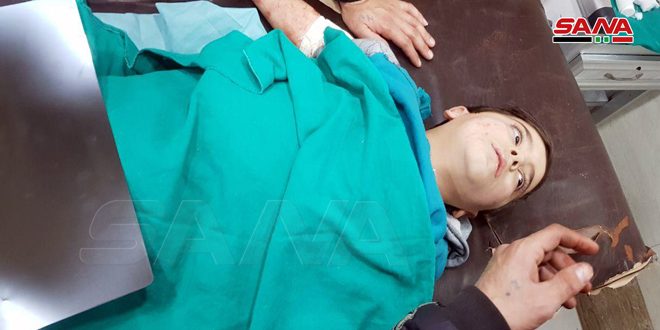 Aleppo, SANA- Six civilians were martyred, 15 others were injured in terrorist rocket shelling attack on al-Sukari neighborhood in Aleppo.

A source at Aleppo Police Command told SANA reporter that on Thursday terrorist organizations positioned on the western parts and the northwestern countryside of Aleppo city, fired three rocket shells on al-Sukari neighborhood in Aleppo, claiming the lives of six civilians, and injuring 15 others.

The terrorist attack caused material damage to houses, public and private properties, according to the source.

The injured were rushed to the al-Jame’a and al-Razi hospitals to receive the necessary treatment.