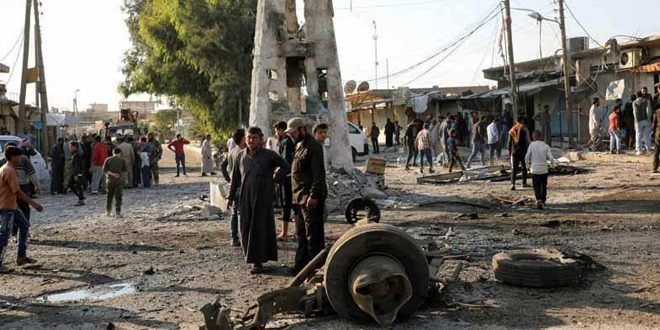 SANA reporter quoted local sources as saying that a car bomb was exploded in Slouk town in Tal Abyad countryside in Raqqa northern countryside, causing the martyrdom of three civilians and the injury of four others.

The car bomb blast also caused material damage to the houses and properties, according to the sources.

The forces of the Turkish regime and its mercenaries of the terrorist groups have occupied the town of Slouk in Tal Abyad countryside on last October 13rd after shelling its neighborhoods by all kinds of weapons and systematically destroying its infrastructure which forced its locals to leave their homes.