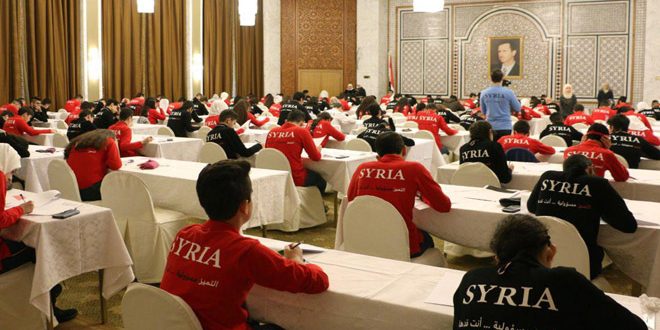 Damascus, SANA- Under the patronage of Mrs. Asma al-Assad, first stage of finals of Syrian Science Olympiad for 2019/2020 season started on Friday with participation of 411 talented students from different provinces. 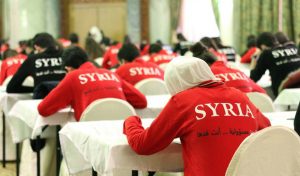 The 2019/2020 season includes the scientific branches of Mathematics, Physics, Chemistry, Informatics and Biology.

The final tests which are held under the slogan “Excellence is Responsibility.. You are capable to do it” includes two rounds of four hours for each over two days as the Mathematics, Physics, Chemistry, and Biology tests are held at the Damascus-based Ebla Hotel, while the Informatics test is held in the Faculty of Informatics Engineering at Damascus University.

On October 14th, The competitions of Syrian Science Olympiad for 2019/2020 season were launched at Schools level in various provinces, then to areas level and provinces up to the current final stage.