Zakharova: No tolerance with the presence of a terrorist pocket in Idleb 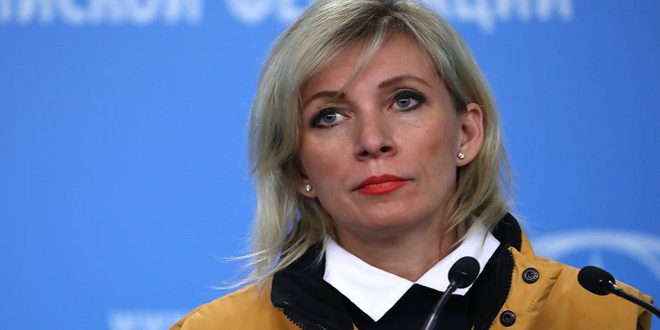 RT quoted Zakharova as saying at a press conference on Thursday that “On our part, we are taking steps to keep situation in Idleb under control, yet it is obvious that there can be no tolerance for presence of a terrorist pocket there.”

In a relevant context, Zakharova said that the situation in Syrian al-Jazeera region is still fragile due to the illegitimate presence of US troops there.