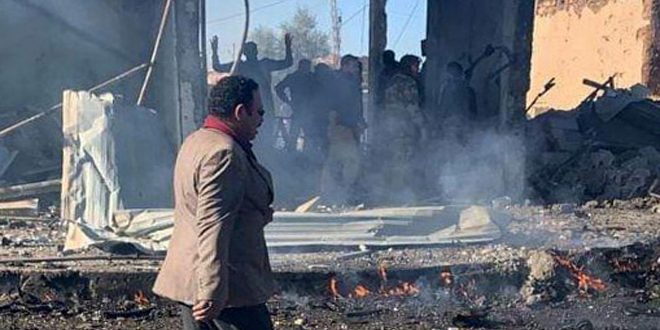 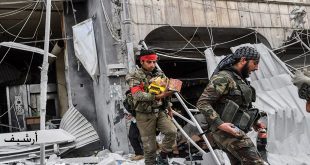 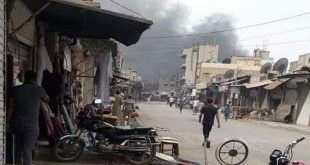 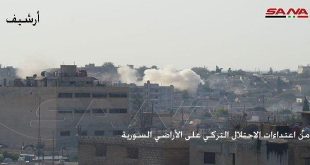 Hasaka, SANA- A booby-trapped vehicle went off in Mabruka town in Ras al-Ayn western countryside in Hasaka where the Turkish occupation forces and its mercenaries are positioned as five civilians were martyred and 15 others were injured, in addition to causing a huge material damage to the properties.

SANA’s reporter in Hasaka quoted local sources as saying that a “booby-trapped vehicle went off near a popular restaurant in Mabruka town in Ras al-Ayn western countryside, claiming the lives of five civilians and injuring 15 others, in addition to causing a huge damage to the restaurant and the surrounding houses and burning a number of cars.”

Over the past weeks, Ras al-Ayn City and a number of the surrounding villages which are under the control of the Turkish occupation forces and its mercenaries of terrorist organizations in Hasaka northwestern countryside has witnessed many explosions of booby-trapped vehicles as scores of civilians have been martyred or injured.

A state of instability and absence of security prevails in the areas where the terrorist organizations which are backed by the Turkish regime spread as they continue the acts of robbery and looting the properties, in addition to the acts of killing, kidnapping and blackmailing the locals and destroying their houses.