Chinese Envoy: Syria’s future must be decided by the Syrians only 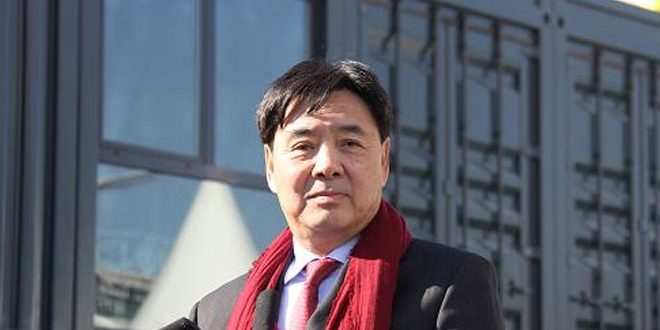 Beijing, SANA China has reiterated the need to safeguard and respect Syria’s sovereignty, unity and territorial integrity, emphasizing that the political solution is the way out of the crisis in it.

“China has always believed that a political solution is the way out for Syria, while the country’s sovereign independence and territorial integrity should be safeguarded and respected,” China’s Special envoy for the Middle East Affairs Zhai Jun said.

“The future of Syria should be decided by the Syrian people”, the Chinese envoy added during a press briefing held by the Chinese Ministry of Foreign Affairs on Saturday.

“Syria has recently undergone some significant changes, most important of which is the growing momentum for finding a political solution but still terrorist organizations haven’t been eliminated completely yet”. He said.

The Chinese Diplomat expressed China’s readiness to contribute to reaching a political solution in Syria as soon as possible.