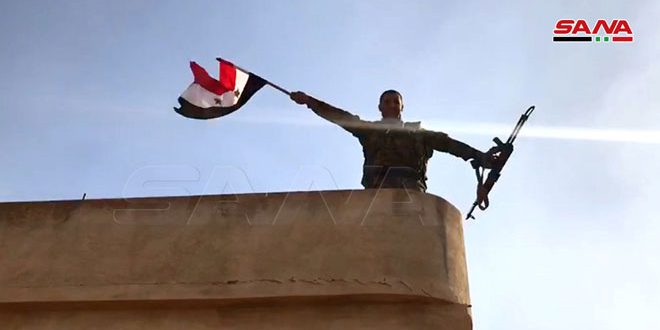 Hasaka, SANA_Syrian Arab Army units on Saturday liberated Um Shu’ayfah village in Ras al-Ayn area in ​​northern Hasaka countryside from forces of the Turkish occupation and its mercenaries from terrorists after fierce clashes.

SANA reporter said that the army units engaged in fierce clashes with forces of the Turkish occupation and its mercenaries in Um Shu’ayfa village in Ras al-Ayn countryside.

The clashes ended up with liberating the village and pursuing the remnants towards the village of al-Mohmudiya. 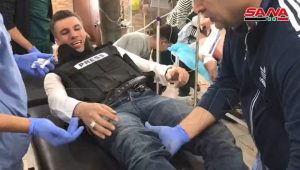 The reporter added that the news crew of Syrian channel consisting of colleagues Fadel Hammad and photographers Walid Ibrahim and Mohammed al-Khaled were injured by shrapnel of a tank shell during coverage of the clashes in the village.

Over the past few days, military reinforcements arrived to Syrian Arab Army units deployed in Tal Tamr countryside in Bab al-Khair in Abu Rasin, township, al-Faisaliah, al-Manakh and al-Mohmudiya on the Tal Tamr / Ras Al-Ayn direction after the deployment of army units on the border with Turkey starting from Qamishli towards al-Malikiyah city to the east and along / 60 / km to provide safety and protection to citizens.