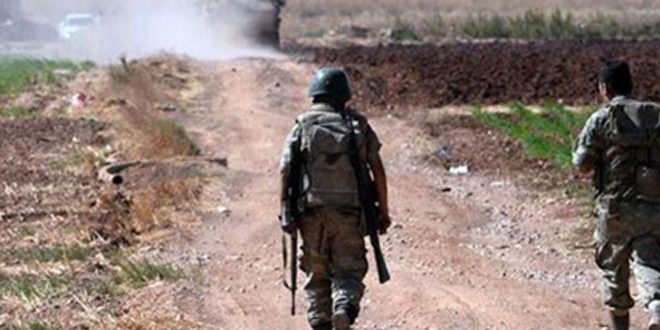 Ankara, SANA-A Turkish soldier on Friday was killed and six others were injured in the Turkish forces’ aggression on the Syrian lands.

Turkish regime Defense Ministry said, in a statement, that one Turkish soldier was killed and six others were injured in explosion of a landmine north of Syria.

On October, one Turkish soldier was killed in the Turkish regime’s aggression on the Syrian territories.

killed soldier Turkish 2019-11-01
hala
Share
Previous Friday weather: Temperatures around average, rain expected
Next A civilian injured in explosion of a landmine left behind by terrorists in Quneitra countryside