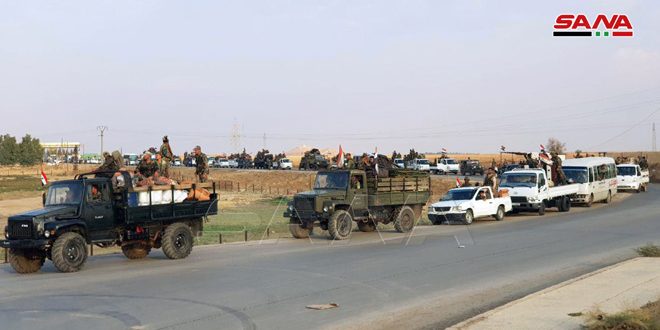 Hasaka, SANA-Amid a warm welcome by families, the Syrian Arab army expanded deployment in the northern countryside of Hasaka as military units moved from Qamishli near Turkish borders to the north-western side of Hasaka and entered Um al-Keif village to face the Turkish aggression and protect families from any attacks.

SANA reporter in Hasaka said that the army expanded deployment in the northern countryside of Hasaka and entered Um al-Keif village on Tal Tamer-Ras al-Ayn road. 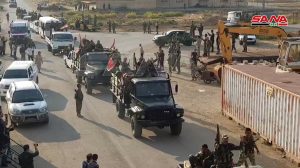 Earlier, the Syrian Arab Army units  have moved  from Qamishli city, near the Turkish border, towards the northwest countryside of the city to repel the Turkish offensive and protect people from any attacks.

SANA reporter said that several military vehicles carrying army soldiers moved on Friday afternoon from Qamishli city to be deployed in the western countryside to face Turkish aggression and protect the people.

The reporter mentioned that Russian military police forces have begun patrolling Qamishli city towards the border with Turkey.

Earlier, the Russian Defense Ministry announced that about 300 Russian military police and 20 armored vehicles have arrived in Syria as part of their mission to deploy in the border area with Turkey, help ensure the safety of the population and to launch patrols. 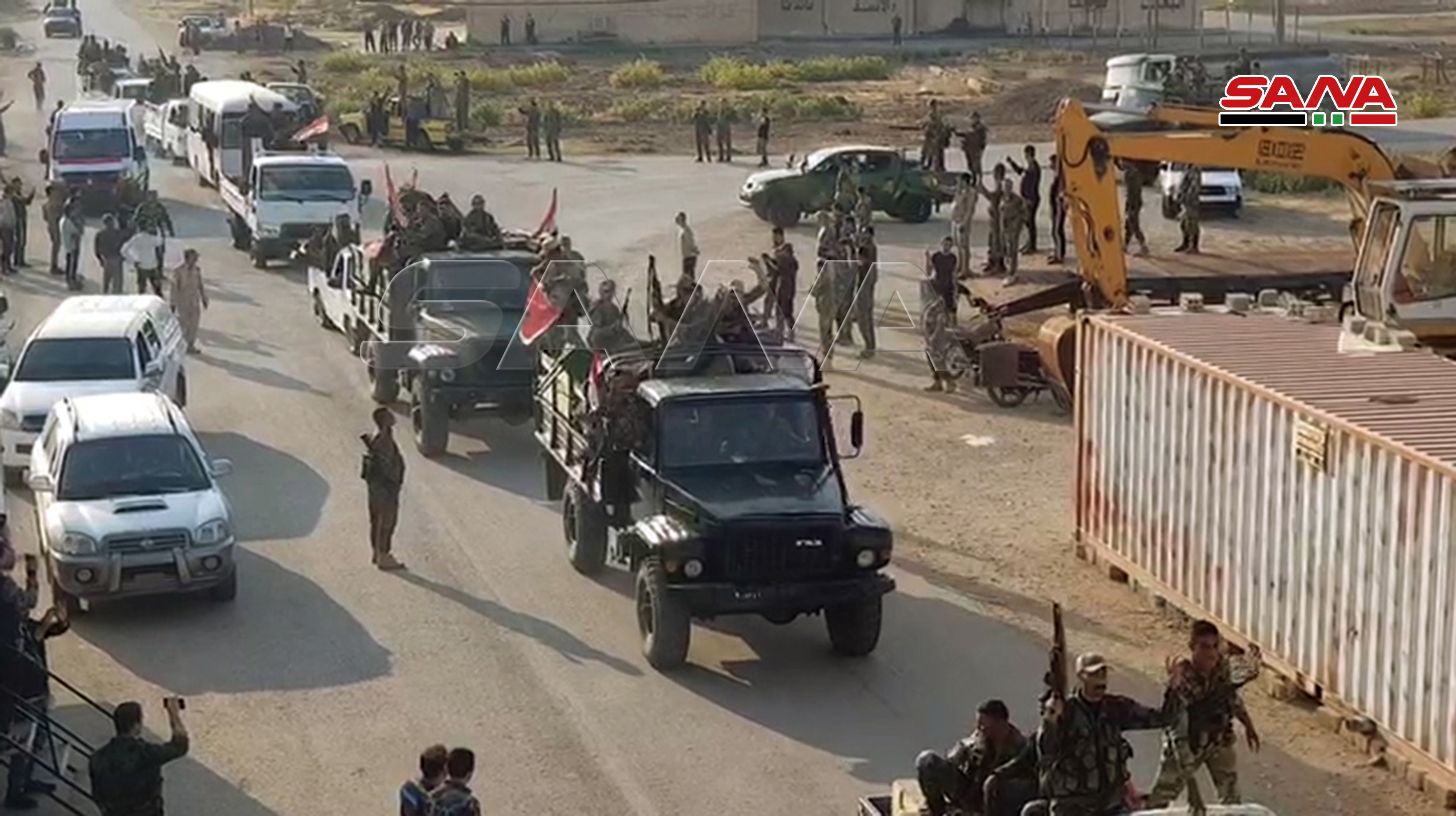 army from moves Qamishli 2019-10-26
m.eyon
Share
Previous Army moves from Qamishli to western outskirts of city to face Turkish aggression
Next Russian Defense Ministry: Washington loots Syrian oil and transports it to outside Syria under guard of US military personnel