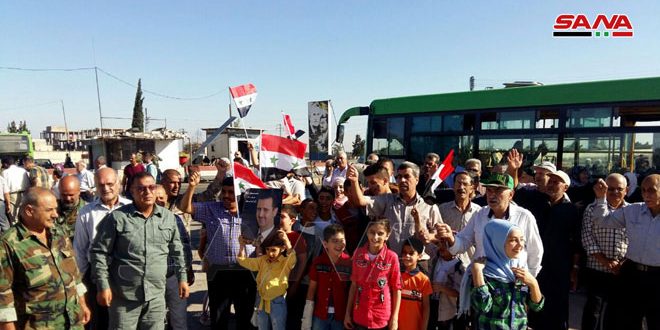 Homs, SANA- 150 displaced families on Thursday returned back to their homes in al-Qusair town in Homs countryside after rehabilitating service institutions , which had been destroyed by terrorists. 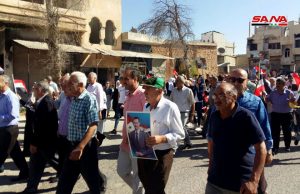 SANA reporter in Homs said that a new batch of locals returned to their homes in al-Qusair town in the southwestern countryside of Homs in the framework of efforts exerted by the government to facilitate the return of the displaced to their areas,which had been liberated from terrorism.

Speaking to SANA, Head of al-Qusair ‘s City Council Abdul Kafi al- Khatib said that the second part of the second batch returned to al-Qusair , noting that the number of  the returning families reached 550 families since yesterday. 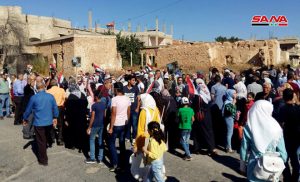 He indicated that restoring security and returning basic services and infrastructures to al-Qusair town were the most important factors that encouraged a large number of locals to return to the town.

A number of the returnees expressed their happiness over their return to their homes, affirming their determination to contribute to rehabilitating their houses , and making them better than they were before.