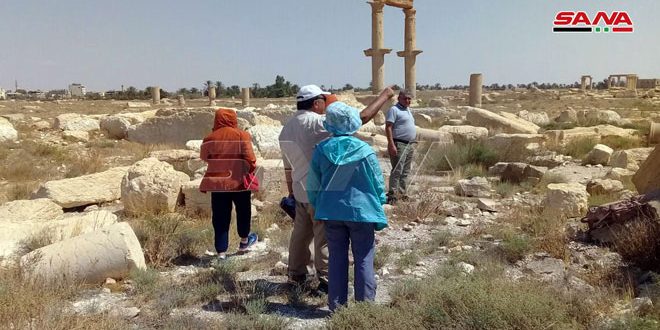 Palmyra,  SANA_ For the first time after the liberation of Palmyra city from terrorism and in the context of the gradual return of tourist movement  to the Syrian archaeological sites, a group of tourists from the People’s Republic of China visited Palmyra on Friday.

They were briefed on the most of the city’s archaeological landmarks, especially those which were devastated by the systematic attacks of  “Daesh” terrorist organization before it was defeated from the area by the Syrian Arab Army.

The tourists stressed that the cultural heritage of Palmyra is rare in the world, underlining  the need for archaeologists and organizations specialized in human heritage to rebuild and restore this civilized edifice.

They encouraged the Chinese tourists to visit Syria since that security and stability were restored even in the depth of the Syrian desert where the marvelous city of Palmyra is located.

The systematic attacks of  “Daesh” terrorist organization aimed to obliterate the culture and human civilization that Syria is famous of , the Chinese tourists concluded.

Chinese tourists in Palmyra 2019-09-13
ghossoun
Share
Previous Syria participates in Iran’s Geometry Olympiad (IGO), 2019
Next Made in Syria expo for clothing and textiles kicks off 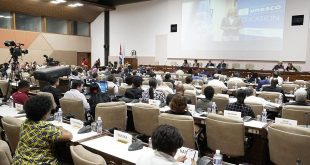