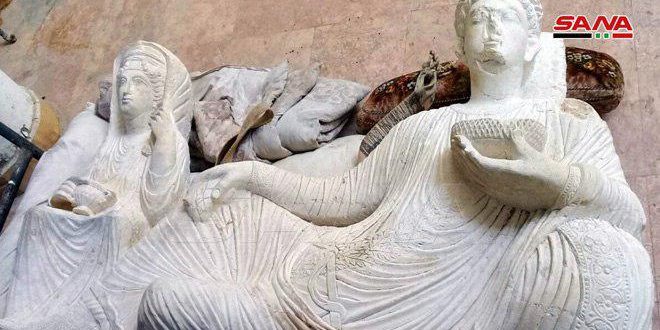 Daesh terrorists stole  this archaeological piece from one of the ancient cemeteries of Palmyra  and they  tried to  smuggle it outside the country.

” This important archaeological piece represents a funeral bed of white limestone decorated with  beautiful ornamentation and  engravings with a picture of a man wearing a Palmyra uniform. In addition there is a picture of a woman with a Palmyra robe sitting at his feet.” Lubabah al-Ali, the Secretary of Homs Museum told SANA reporter. 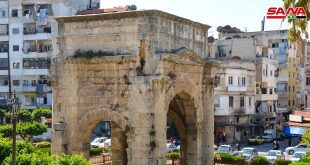 Lattakia, SANA- The “Arch of Triumph” is one of the most significant landmarks in Lattakia …