President al-Assad to a delegation of Participants in the 3rd International Trade Union Forum: Workers express the nationalist and patriotic identity in any country 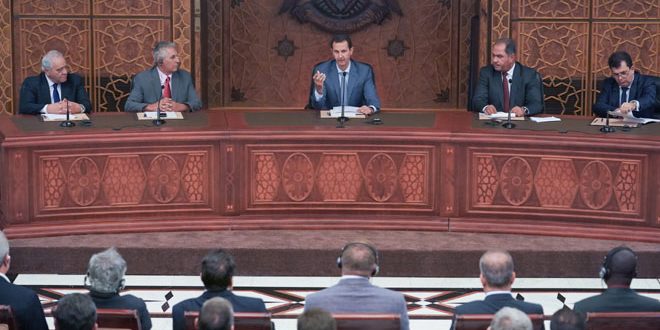 Damascus, SANA-President Bashar al-Assad met on Monday a delegation of Participants in the 3rd International Trade Union Forum for Solidarity with Syria’s people and labors held in Damascus. 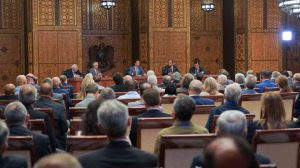 During the meeting, the President talked about the big disorder in the balance existed in the world as the productive powers, although they are the largest ones, are not partner in decision-making or even in the revenues, all that was because of the biggest financial powers which want to dominate the world in order to achieve their own interests at the expense of the working class  which expresses the real interests of peoples. 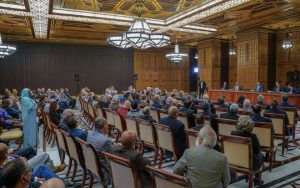 He underlined that the Syrian vision always sets off from the principle that the role of labor is an important part in society and it is a basis for social and economic stability, adding that building the homeland starts from the participation of all categories in society and the labors are the broader ones.

Later, President al-Assad answered questions and interpositions of attenders who expressed their confidence in Syria’s victory over terrorism and hailed the resilience  made by the Syrian people to preserve the unity of their country and its civilization.

They affirmed their support and standing by the Syrian people in the face of sanctions and the unjust blockade imposed by hostile states, expressing trust in the Syrians’ capability, on top of them the labors, to rebuild their country to be better than what was before the war. 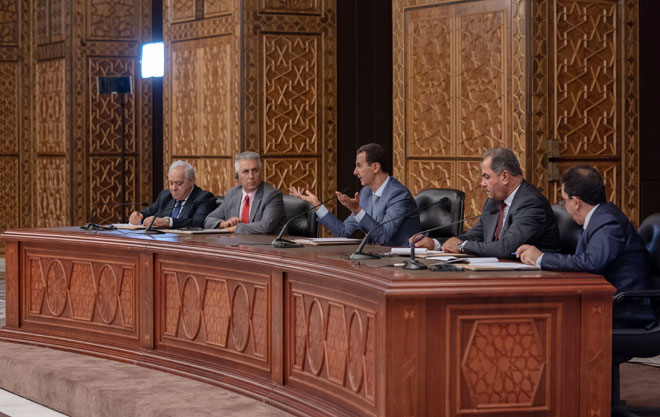 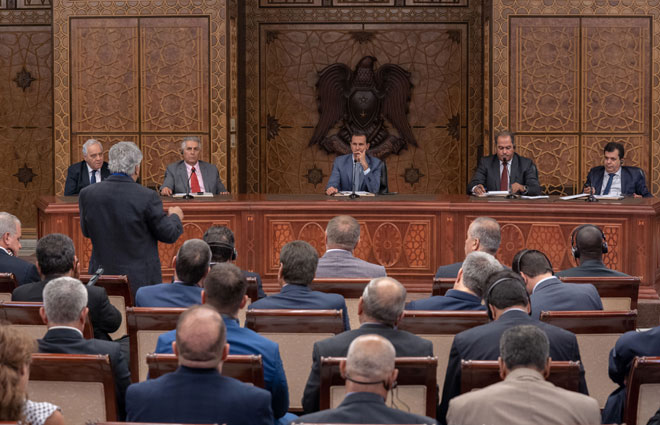 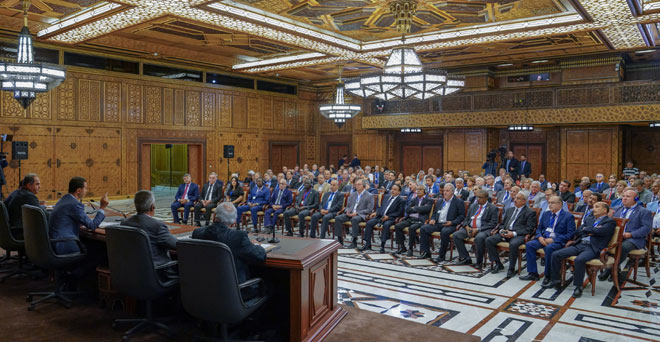