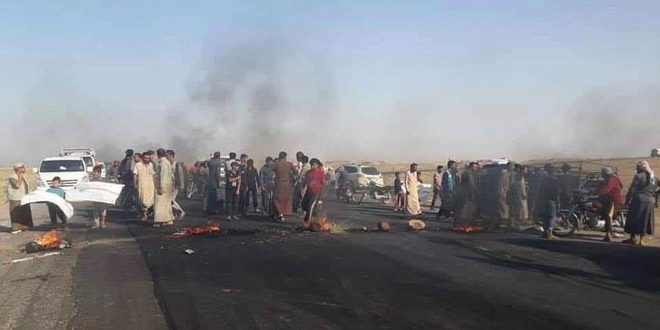 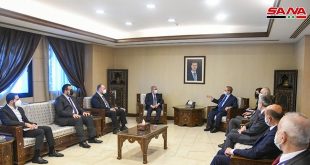 Mikdad, Mashrafieh discuss means of enhancing cooperation on the return of Syrian refugees 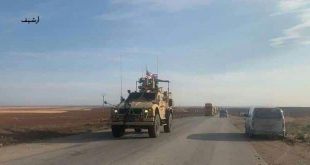 Deir Ezzor, SANA – Residents of the two villages of al-Azba and M’eizila in the northern countryside of Deir Ezzor held on Saturday a demonstration protesting the crimes of Qasad separatist militia, backed by US occupation forces.

Local sources told SANA correspondent that dozens of residents of the two villages of al-Azba and M’eizila in the north of Deir Ezzor had come out in a demonstration against members Qasad militia, and chanted slogans that call for expelling them out from the area.

The sources added that residents who participated in the protest had condemned the practices of Qasad militia members, who steal the Syrian oil and property and attack civilians on a daily basis.

2019-08-24
Rasha milhem
Share
Previous Washington sends tens of trucks laden with military and logistic equipment to separatist Qasad militia
Next Cuba’s Ambassador: Despite the US embargo, we will participate in Damascus International Fair 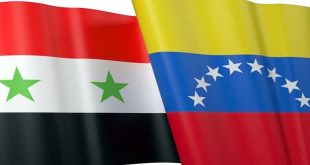