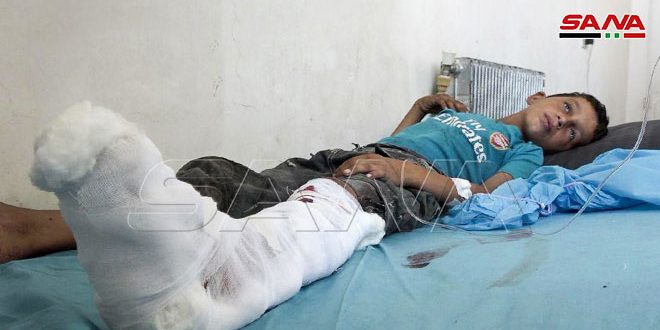 Head of al-Assad Hospital in Deir Ezzor M’amoun Hiza told SANA reporter that two children , aged ten and eleven years old, were injured by shrapnel as a landmine from terrorists’ remnants went off in a farmland in al-Swaiaa village east of Bokmal city.