The army wounded soldiers… symbols of the Will and determination 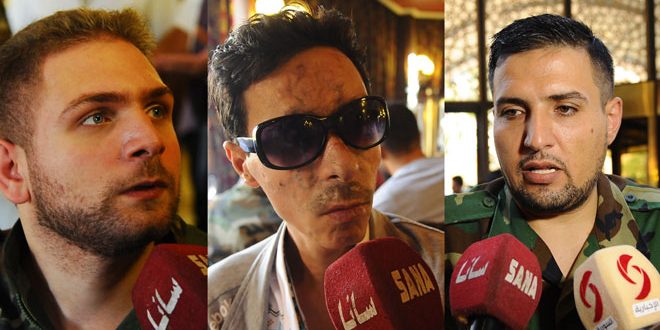 Damascus, SANA-Twenty-one heroes whose eyes shine with the light of success and victory, the injured soldiers of the Syrian Arab army who submitted the exams of the Secondary and preparatory schools, have challenged wound through Will for the sake of the dignity of Homeland. 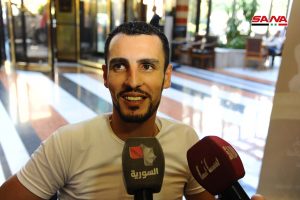 The heroes, who were injured at the battles of honor in defense of the homeland and achieved the success-among them 14 ones who got the baccalaureate and other 7 who got the basic education certificate-were embraced by ” Project of the wounded” met in Damascus coming from different provinces, carrying one message entitled “Nothing is impossible with determination.”

The injured excellent students were proud of their sacrifices and determination to continue their scientific method in order to help build their homeland.

“Our success is a message to every person that there is no impossible in front of loving science and education,” hero Ghader al-Salam said, expressing happiness over meeting President Bashar al-Assad and Mrs. Asma al-Assad and their support. 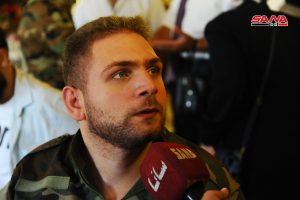 “Through challenge and with the project of the wounded, we were able to defeat despair and the injury,” wassim Issa added.

After 7 years of injury, Nawar Ali Esbir followed his studies and submitted for the secondary school certificate, saying that the meeting with President al-Assad and Mrs. Asma has given him a great moral momentum to continue his studies, hoping the injured soldiers a quick recovery.

Families of the wounded, for their part, expressed pride in the sacrifices of their sons at the battles of honor and their success in schools, thanking President al-Assad and Mrs. Asma for their support.

2019-08-08
m.eyon
Share
Previous One martyred, four others injured in landmine blasts left behind by terrorists in Damascus countryside
Next Bloudan Tourism Festival kicks off