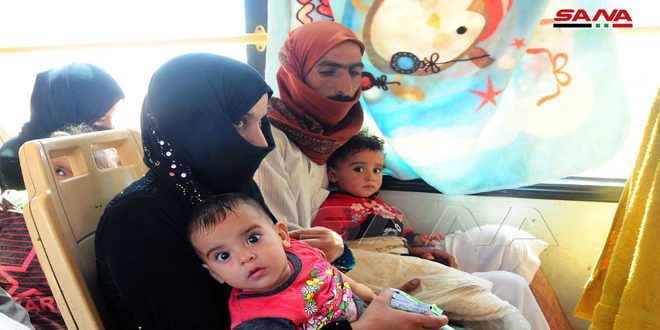 Homs, SANA – Tens of displaced families coming from al-Rukban Camp in al-Tanf area returned after years of detention by terrorists and forces of the US occupation.

SANA reporter said that authorities received hundreds of Syrians from Jleighem corridor in the eastern countryside of Homs, adding that names of the returnees and their personal data were registered as they were also given food and health assistance.

The reporter clarified that the families were transported to makeshift centers in Homs city as to make them return to their residence areas after rehabilitating infrastructure there.