Al-Jaafari: Millions of Syrians in Idleb appeal to state to rid them from terrorism and Syria will not wait forever until the Turkish regime implements its obligations 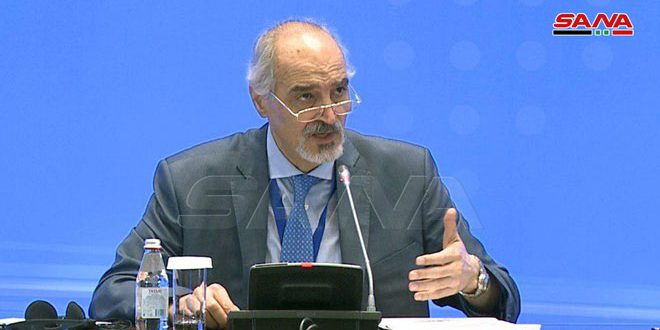 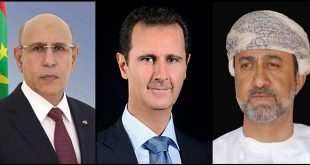 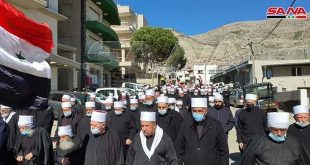 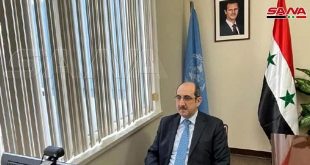 Nur-Sultan, SANA – Head of Syria’s delegation to Astana talks, Dr. Bashar al-Jaafari on Friday said that Syria will not wait forever until the Turkish regime implements its obligations in accordance to Astana understandings and Sochi Agreement on Idleb, stressing that millions of the Syrians in Idleb province are appealing to the Syrian state to rid them from terrorism. 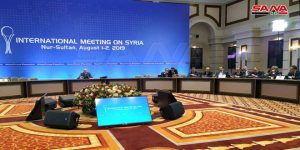 Al-Jaafari said in a press conference in the conclusion of the 13th round of Astana talks on settling crisis in Syria “We have made intensive talks with the Russian and Iranian guarantors and other meetings on the sidelines Astana meetings…they were all important and left their positive impact on the final communique, which is considered the best for Syria throughout Astana track in terms of its political content and the way it approaches the situation in Syria.”

“We call for pairing beautiful ideas of the final communique with actions on ground particularly by the Turkish regime,” adding “Syria does not see an honest application by the Turkish regime to Astana understandings and Sochi Agreement on Idleb, which stipulates for the withdrawal of the terrorist organizations to a depth of 20 km and the withdrawal of heavy and medium weapons,” he continued to say.

The senior diplomat continued to say that Syria, backed by its allies, managed to get rid of Daesh and a wide range of other terrorist groups’ presence, adding that any claims of the so-called coalition are untrue. 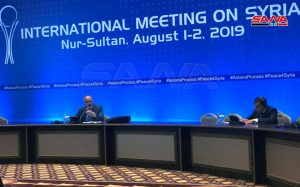 He stressed that the Israeli occupation is involved in the terrorist scheme that is targeting Syria and it keeps on supporting the terrorist groups in the country.

Al-Jaafari clarified that Syria urges all parties in Astana track to assume their responsibilities and pressure on the Turkish regime to implement Astana understandings and Sochi Agreement on Idleb.

Head of Syria’s delegation continued to say that neither Turkey nor the USA has the right to talk about any inch of the Syrian territories while they are violating the international law and the UN Charter due to their illegitimate presence on the Syrian territories, expressing Syria’s rejection of any separatist claim by any side whatever they pretexts are, as the unity of the Syrian people and coordination with the Syrian government are the basis for counterterrorism.

2019-08-02
Rasha milhem
Share
Previous Lavrentiev: Terrorist organizations control most of Idleb Province and they must be combated
Next Syria loses 1-2 to Lebanon in west Asia championship