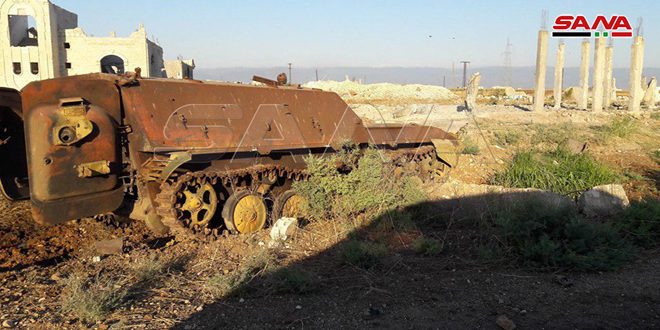 Hama, SANA – Syrian Arab Army units on Monday established full control over the towns of Tal Mileh and al-Jebeen in the southwestern countryside of Hama, a military source said.

The source told SANA that army units operating in the northwestern part of Hama advanced and established full control over Tal Mileh and al-Jebeen towns after carrying out special operations targeting the gatherings of terrorists.

The source said the operations resulted in destroying terrorists’ bases and equipment, cutting off their routes, and killing a large number of them, while the rest fled the villages.