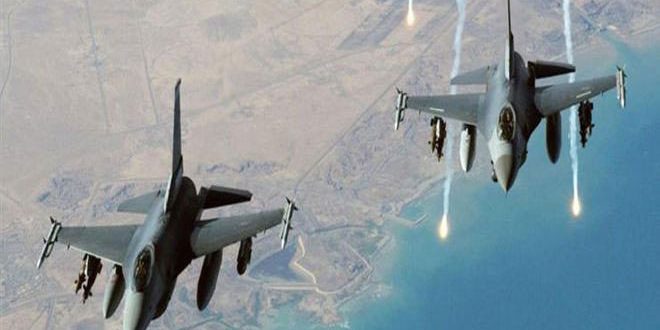 Deir Ezzor, SANA- The illegal US-led international coalition carried out airstrikes on al-Zer village in the eastern countryside of Deir Ezzor, which claimed the lives of a number of civilians and injured others.

Local sources told SANA’s reporter that coalition warplanes targeted with airstrikes al-Zer village in al-Basira area, and that a number of civilians were martyred and other were injured, most of them women and children.

The sources said the airstrikes also caused damage to houses in the village and a state of panic among locals due to the intensity of the explosions.