Al-Rastan celebrates the first anniversary of liberation from terrorism 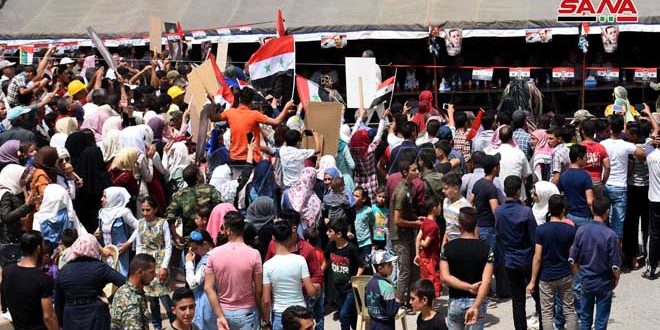 Homs, SANA-Al-Rastan city in Homs northern countryside witnessed on Wednesday a popular celebration, with the participation of civil and official figures, on the first anniversary of liberating the northern countryside of Homs from terrorism and the restoration of security and stability to the region thanks to the sacrifices of the Syrian Arab army soldiers.

Participants in the celebration gathered in the main square of the city, raising the national flag and pictures of President Bashar al-Assad, chanting national songs that appreciate heroism of the army against terrorist organizations.

Chairman of al-Rastan municipality Ahmad Rahal said that tens of thousands of citizens have returned to their houses since liberating the city from terrorism, adding that the total number of residents there has reached 45 thousand citizens. 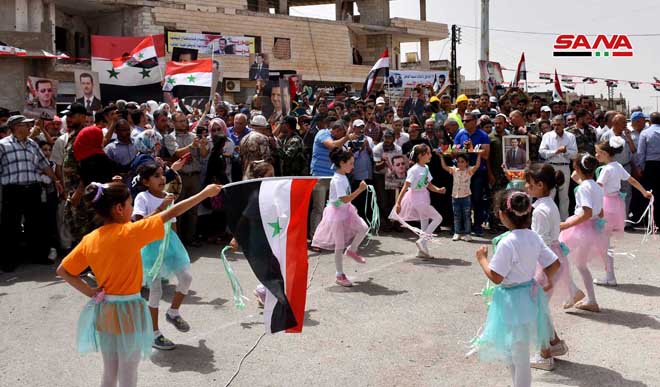 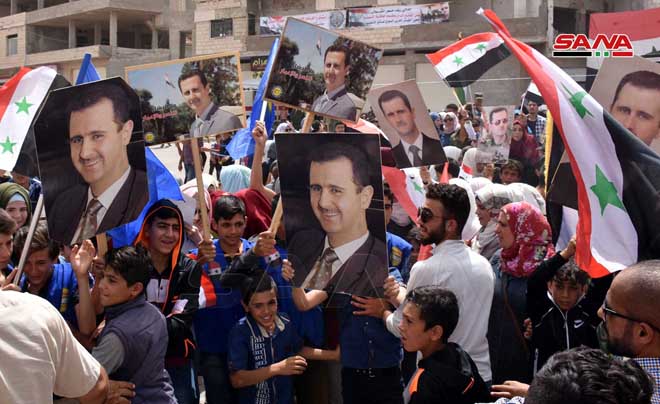