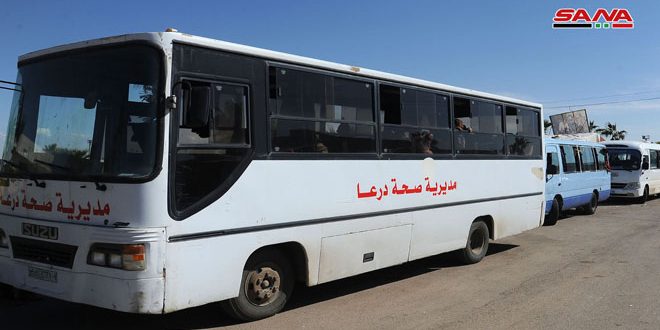 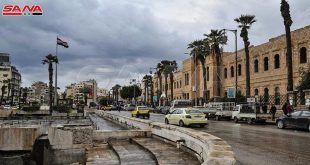 Daraa, SANA-Several Syrian displaced families returned on Wednesday from al-Azrak camp in Jordan to their villages and towns liberated from terrorism.

Chief of Nassib Immigration center, Colonel Mazen Ghandour said the center received today a number of families coming from al-Azrak camp to reside in their houses in safe areas where the Syrian army restored security and stability to.

“The number of refugees who returned with temporary permit cards reached at nearly 20893 until today, Ghandour added.

He stressed that the center completed its procedures to receive the refugees by providing buses and vehicles to transport them and their luggage across Jaber-Nassib centers into Syria.