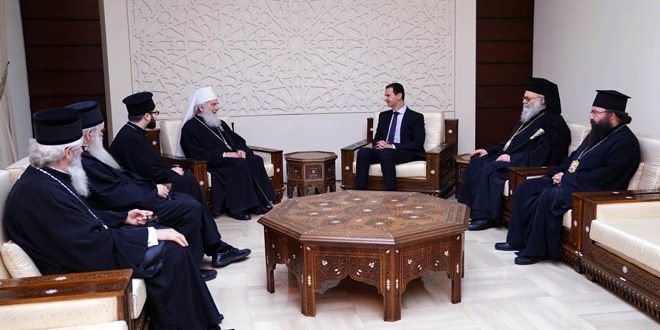 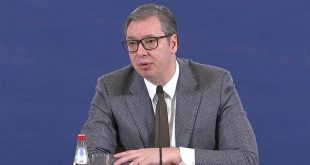 Serbian President: Serbia under pressure to reach deal on Kosovo 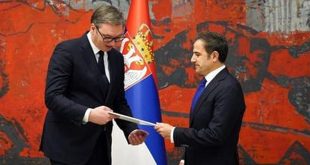 Damascus, SANA – President Bashar al-Assad on Monday received Patriarch Irinej of Serbia and the accompanying delegation in the presence of Greek Orthodox Patriarch of Antioch and All East John X Yazigi. 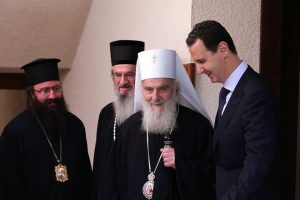 President al-Assad stressed that what Syria and Serbia have been exposed to in terms of foreign interference attempts to undermine their sovereignty and undermine their social fabric, and the two countries’ peoples steadfastness in the face of such attempts, constitutes solid basis for building popular dialogue and cooperation that establishes groundwork for a long-term relationship that serves the interests of both peoples.

For his part, Patriarch Irinej of Serbia voiced confidence in Syria’s ability to emerge from the conditions it is going through and reclaim its historical role as an effective state in establishing stability and spreading peace and love in the region.

He stressed that the Syrian people’ s determination and insistence to remain united in the face terrorism which he has witnessed during his visit has strengthened this confidence.

The Patriarch highly appreciated President al-Assad’s principled and strong stances in support of Serbia and Kosovo.

President al-Assad in turn expressed pride in the profound humanitarian stances of Patriarch Irinej to promote the values of love and reject extremism.