US and Western-made weapons left behind terrorists in Qunaitra found 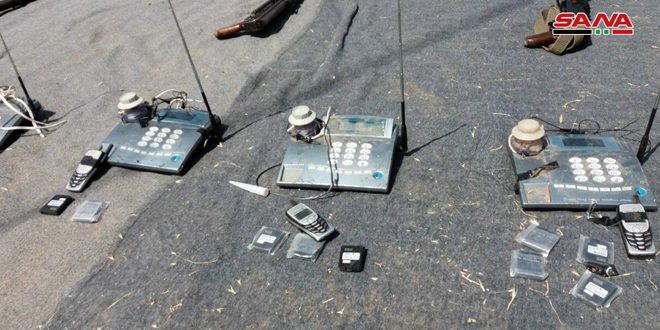 Quneitra, SANA – Authorities on Friday found weapons, and ammunition, some of which US and Western-made left behind terrorists in Quneitra countryside.

Speaking to SANA, a source at the component authorities said that during the authorities’ combing operations of the areas liberated by the Syrian Arab Army from terrorism in Quneitra countryside, medium and heavy weapons, some of which are US-made, medicines , and satellite communication devices were found.

The seized weapons included rifles, rounds, RPGs, medium machineguns, large amounts of various munitions , some of which are US and Western-made , and satellite communication devices, in addition to medical equipment, medicines , a number of vehicles for the government directorates and tractors for the locals , which were stolen by terrorists before they had retreated from the area.